Almost 20 years ago, she left South Dakota, a broken, battered and abused young woman and moved to

Phoenix, not knowing there would be a dramatic and life- changing encounter with God awaiting her there. This power- encounter, brought much personal healing and deliverance, as well as a deep sense of a Kingdom calling. Genevieve shares a message of hope with an insatiable passion to see people functioning in their God-given purpose and fullness of redemption.

Genevieve is a minister and public speaker, teaching the Word of God in Bible Schools, meetings and conferences.

She has begun a Campaign of Awareness for Native American children, traveling to educate about the need for safe houses on reservations as well as sharing the HOPE and movement of the Spirit of God upon the First Nations people as a whole – and how it will impact America.

She is currently writing her first book as a tool to help educate Non- Natives regarding Native American ‘missions’, to help equip future missionaries, as well as encourage those who feel called out to the front-lines of ministry work.

In 2008 she married her husband Kevin (White Mountain Apache and Navajo). Their son Josh, (24) is an Army Veteran and Police Officer. They reside in Arizona with their 11 year- old daughter, Shenoa and their 6 year-old daughter, Aliza. 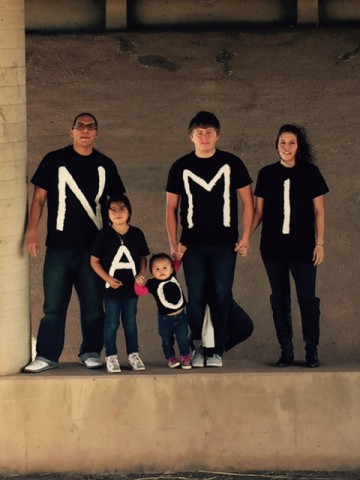 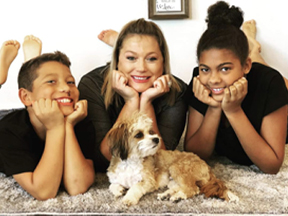 Jessica came to NAOMI House in 2011 to serve in every capacity. Her children Ajhana (14) and King (9), have served along-side their mother as missionaries, at a young age.

Jessica has a unique giftedness with children, especially with our teens.

Jessica has stepped out in faith and trust in her God, and has seen Him do wonders in the lives of so many children.

She is currently pursuing a Bachelor’s in Social Work at Northern Arizona University.

They attended Highland Vineyard church in Louisville. Then they came on a mission trip to Naomi in June of 2009. While on the trip Jason and Charlotte felt the urging to come and live here at Naomi. That was finalized in June of 2010.

Tyra was placed at Naomi in October of 2010 with the Bakers getting guardianship of her shortly after. They were able to make her part of their family permanently June 8,2012.

The Baker family has been blessed to be part of Naomi House. It has been humbling for them to be part of so many children’s lives and see God work in their time here. 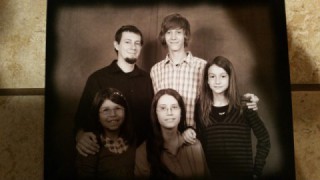 Robert Lindgren is from San Diego and attended church at Horizon Park Chapel and Mid-City Christian Fellowship. He joined the Naomi House team in 2012 and is so very grateful to the Lord for the opportunity to be a part of this great ministry and the tangible Love of God at work.

Nearly 20 years ago, the Lord blessed me with an opportunity to minister His love to Native American children. I believed that the Lord wanted to build a Christian Home for these precious children. I had no money and no credit but what I did have was a tremendous faith in God that if this really was His will He would meet all of our needs, according to His riches in Glory. All I had to do was trust Him to do it. And He did it! Miracle after miracle, NAOMI was birthed and today as I look at all God has done, I stand amazed.

What started as a Foster Home with 4 children has grown to an Emergency Shelter for short term care for children in crisis and our new 120 acre ranch for children needing long term Foster Care.

It hasn't always been easy — we have had our ups and our downs. But in every circumstance the Lord was faithful to see us through. Just as I know, He always will. In order to do all that we believe God is leading Naomi to do, we are currently in a "Season of Change". Lots of change! Change doesn't always come easy and believe me, we are in dire need of your prayer, as we faithfully seek God's will and direction for the many new steps of faith we are taking.

Many changes are taking place, as we are blessed with new, vibrant, spirit-led men and women of God that want to be a part of our ministry and to see it become all God wants it to be.

My deepest appreciation to all of you for being such a vital part of our work here. GOD BLESS YOU! Thank you to all of you that stood by me when we first started and helped to build this ministry. I pray you will continue to keep us in your heart and prayers.